Since SOLIDWORKS PCB (SWPCB) was established on the same platform as Altium Designer (AD), the file formats are the same or similar.


NOTE: The schematic, schematic symbol library, and PCB footprint library files formats are compatible with AD18, AD19, NEXUS, Concord Pro, SWPCB2018 and SWPCB2019. This will be the case for new Altium and SOLIDWORKS PCB releases in the foreseeable future.

Though similar in nature, the formats for the SWPCB and AD PCB layouts are not directly compatible and require some administrative finessing.

From Altium Designer to SOLIDWORKS PCB:

No file format modification is required when saving the .PcbDoc document in Altium Designer.

In the project directory in Windows Explorer (NOT Internet Explorer), copy the .PcbDoc document file and paste the document with the extension .CSpcbDoc

The .CSPcbDoc file cannot be directly opened in SW PCB. Do not use File -> Open.
Note: The user must be in a project for the import option to be available.

After clicking on the import item in the file menu, provide the path and the file type.

After the import is complete, SW PCB will convert the file to a .SWPcbDoc.

From SOLIDWORKS PCB to Altium Designer: 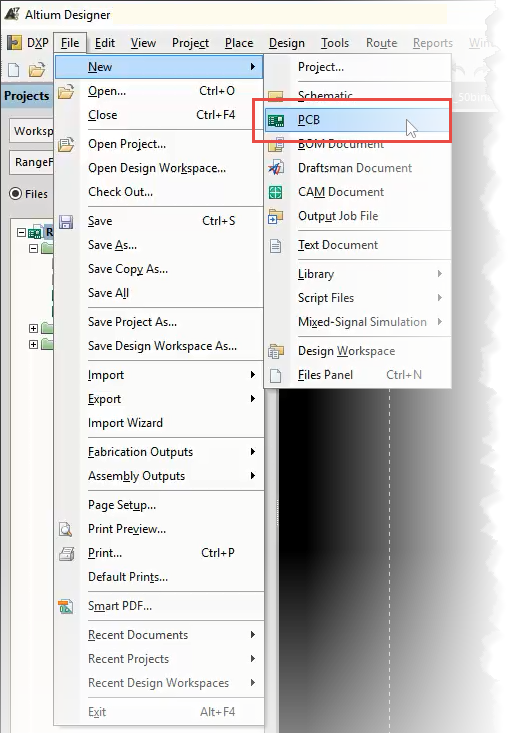 Once the new .PcbDoc file is open, proceed to File >> Import >> Altium PCB 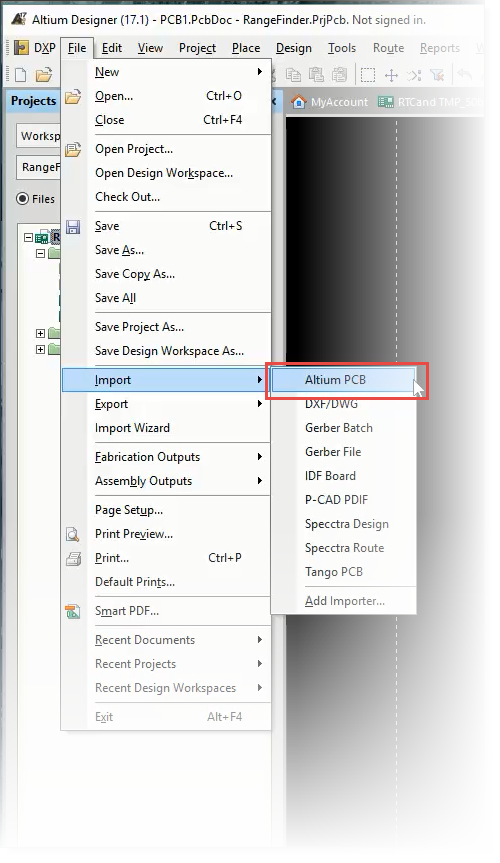 When prompted, navigate to the appropriate directory and selected the .SWPcbDoc file

Note that this import is also used for importing CircuitMaker, CircuitStudio and PCBworks (which was SW PCB prior to the name change)