The issue at hand is job sustainability.  Few people want a job with an extremely uncertain future, nor do they want to invest a great deal of time and effort learning a skill that may not have an adequate return on investment (ROI).  This investment is both the learning of a complex PCB tool and the art itself through experience.  This simply takes time to develop and master.  Granted, no job is guaranteed, but when the sustainability of a job’s future is fully dependent upon the next project’s existence, that’s a red flag that should not be ignored. Without the progression of projects, the job will not persist.

For a dedicated PCB designer, sustainability relies upon a continual flow of new designs.  For most companies in the business of hardware products, this tends to be a three-year cycle.  By the third year:

This is the new reality of the PCB designer.  The days of dedicated full-time PCB designers appear to be waning.  Very few of those who have made a career out of PCB design has been able to stay employed by one company without being laid off.  Many jump from job to job as contractors. Those who may achieve full-time status know that this job does not entail longevity.  As much as we do not want to admit it, this has been going on for well over the past decade.

From personal observations as an Altium Application Engineer fielding support calls during the 2008 great recession, the number of engineers calling into the support line was ever-increasing.  Their stories were all the same.  They were the “lucky ones” who survived the brutal layoffs and were left to fill the shoes of everyone else, including the PCB designer.  Like all companies, this simply became the new norm.  Now companies list PCB layout as a requirement for an electrical engineering position.  When there is a backlog or the design becomes too complex, they shop for a contract PCB designer or seek a service bureau.  Note that both options fulfill a temporary need, not a sustained need. 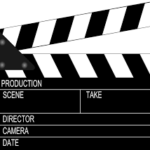 The life of a dedicated PCB designer is now much like the life of an actor.  For every actor who has made it, there are hundreds who barely scrape by, looking for wherever gig they can, not knowing if or when the next one will come their way.  This is also true for actors who have become famous.  Each film they are cast in could be their last.  This is very similar to the life of a PCB designer only without the benefit of becoming rich or famous.  There are a limited number of these positions to fill and unfortunately, the job only exists as long as the project.

What about those who understand RF, microwave, or high-speed design?  This may create a barrier of entry that benefits PCB designers who have these skills.  However, there are a finite number of these projects as well, and all the previously discussed issues still hold true.  Just because a design is complex, there will still be one design to copy, and there is no guarantee of a follow-on project.

What about the upswing in Artificial Intelligence (AI) and the Internet of Things (IOT)?  Indeed, these are drivers that are creating what now looks to be a demand for PCB designers.  But, if we look at the prior technological booms, they last about 3 to 5 years depending on the size and scope of the boom.  Most of the hardware investment is done upfront in the first three years.  Beyond that, it is dependent upon the current success of the company, the roadmap of the company moving forward, the economic conditions, and the ability of the company to innovate.  In short, sustainability is difficult to gage on a project by project basis.

Is there a solution?  The focus should not be on creating or filling traditional dedicated PCB design jobs.  Rather, there is a need to reflect upon the purpose of the PCB as well as the purpose for academia to get involved.  For the PCB, it is the medium of all media for all electronic designs.  With very little exception, no other field of electrical engineering can create a physical product without it.  Therefore, it is a valuable tool and a valuable skill for ANY engineers, designers, or technicians in the electronics design realm.  As for academia, regardless of whether it is an undergraduate program or certificate, its purpose is to provide the tools and skills necessary to be productive in the industry.  In short, PCB design needs to be one of the skills included in a well-rounded technical program rather than the sole focus.

In conclusion, this talk about hiring and training the next generation of PCB designers needs to be put in its proper context.  All too often we hear about the need for people for dedicated jobs when, quite frankly, there isn’t a sustained need.  In this case, let us not focus on PCB layout as being THE skill or job, but rather ONE of the skills that makes a good engineer, designer, or technician.  Let’s work on getting the PCB design skill training into academia so that academia can do the same for our industry which it has done for ASICs (Computer chips) – to not only teach skills in the classrooms but to advance the technology in their research labs and to keep the art alive.

A tag line for our blog…

[We also recognize the fact that there is a workforce of engineers out there who have not been trained in PCB design.  No engineer wishes to admit a deficiency in their skill set; however, it is unrealistic to think that any electrical engineer has such a skill set when it is not taught by academia.  We at Nine Dot Connects completely understand this because none of us started as PCB designers.  Through our experiences and odd twists in our career paths, we eventually came to this point.

We created the PCB Foundations training to begin addressing this lack of knowledge in the electrical engineering workforce.  We hope when we are ready to retire our knowledge here at Nine Dot Connects has been effectively disseminated to the field of electronics and that we can reminisce on the days when this skill set was almost a lost art.]

2 thoughts on “The Dedicated PCB Layout Artist – Is This a Sustainable Profession?”