Several years ago, my brother-in-law asked me to check out a web site that could apparently read one's mind. The game prompts the user to think of a 2 digital number and write it down on paper. The instructions required a few simple mathematical calculations, none of which were fed into the computer. After the instructions were presented, the screen showed several Egyptian symbols. The user was instructed to look for the symbol that corresponded to the number they had found. Again, nothing was to be entered into the computer. After that, the program would reveal the correct symbol. 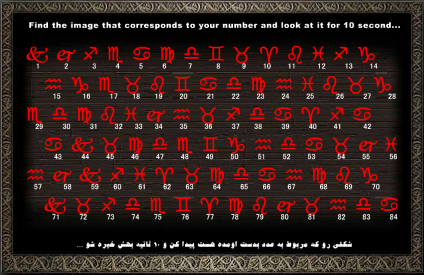 He was a bit freaked out by the fact that it had guessed the correct symbol every time he played it. Therefore, not being an engineer, he wanted to know how the computer could pick the symbol correctly every time.

Do You know how the computer gets it right every time? For the solution, scroll down...

1) The process in which the instructions tell you to proceed will always lead you to a multiple of 9:

2) The instructions then tell you to look for the symbol. Notice that the same symbol is used for the multiples of 9:

3) to make it more interesting, they change the symbol for the multiple of 9's each time you run the program: 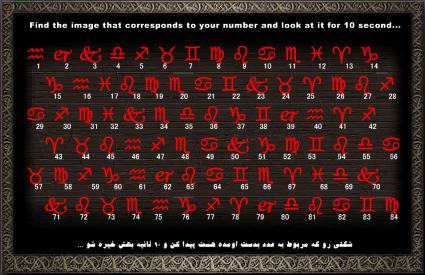